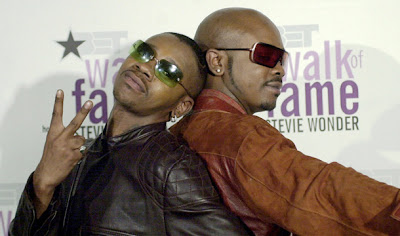 Jojo, one half of 90s hit duo Jodeci, is back in the fight again in an attempt to shake his long-running addiction to alcohol. The “All My Life” hit-maker, real name Joel Hailey, has suffered from various health issues, including troubles with his pancreas, caused by years of alcohol abuse, and admits he’s lucky to still be living. “The only thing that’s going on with me now – and I thank God I’m still here able to talk to you again – is my pancreas,” Jojo told Sister 2 Sister. “I drank so much until a small part of my pancreas had ate away (sic). That’s no pain you want to feel. I wouldn’t wish that on my worst enemy.” Instead of continuing to lead his life down a dead end, Jojo is taking action, not only for his own personal gain, but also for his wife, Tashaunda, whom has been by his side for the last decade. He adds: “She’s by my side the whole time giving me that drive to just stop: ‘You could just stop! Or go get help.’ Like, two days from now, I’m still going to get help because I need it. It’s a mind-over-matter situation. So now I’m in the right position in my life… In a few days I’m going to seek the help that I need for my health. Because I have to do it.” [Read More]